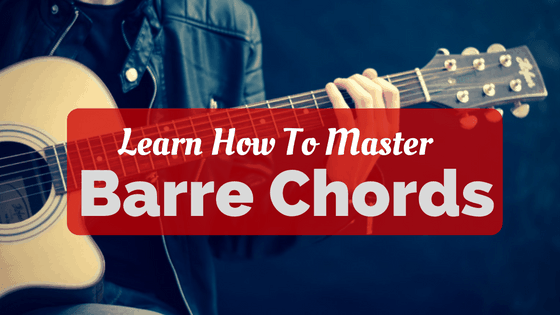 Turning the E & A Open-Major Chords Into Movable Shapes

As a rock guitar teacher, one of the first things that I teach an aspiring, young fretblazer is the E power chord (E5).

Here’s the basic premise: A kid walks in for his first lesson and after teaching him the parts of the guitar, how to sit and stand with the guitar and how to hold a pick, I say, “Take your first finger and place it on the 5th string, 2nd fret and play that with the 6th string open.” They hit the strings with a sense of wonder.

Next, I ask them to play it again. This time, I turn on distortion. The sense of wonder turns into delight, excitement, enthusiasm and a giant smile as dreams of rock stardom wash over my young padawan.

There’s something certainly magical about that sound!

We've created a video demonstrating some of the things you'll read in this article if you'd like to check it out:​

The Power of the Power Chord

Early rock music began using power chords and began overdriving amplifiers. The combination of the two was a sonic match made in heaven. Power chords get their name because they sound powerful. Let’s check this out. In and of itself it, the E5 sounds underwhelming. But, crank up the gain and we have an entirely new experience.

The power, by definition, is really just an interval, because the distance between two notes is called an interval. However, the power chord, which is the interval of a 5th, defies this rule.

Power chords are also the first movable shape that beginning guitarists are exposed to. They’re fairly easy to play and sound great. Once you become comfortable playing the shape, it then becomes easy to slide up and down the fretboard of the guitar.

Let’s turn the E5 into a movable shape.

Here’s a tip: Chords that don’t use open strings are all movable.

We’ll begin by changing the E5 into a movable shape. As an alternative, you can also use your third finger to fret the 5th and 4th strings at the 3rd fret.

Next, we’ll slide this position up one fret at a time.

Notice that when we get to the 12th fret, we arrive at E again.

If you’re not familiar with the way that the notes are arranged on the guitar then I encourage you to check out my article, “Learning the Fretboard – Quick Guide to The Guitar’s Fretboard Notes.”

Let’s find out where that first E5 chord came from.

Take a look at the open E chord. The bottom three strings of the open-E major chord form the E5 chord.

The Open-E as a Movable Barre-Chord Shape Welcome to your first full-barre chord. We took an open E chord:

Let’s move that up the neck and create 12 more barre chords.

Those of you using acoustic guitars will find this a little bit more demanding. It is easier to do on an electric.

Here’s an exercise that will help you get used to barre chords.

Make sure that every note rings out nice and clear.

Next, add the 2nd finger to the 3rd string of the chord pattern, lather, rinse, repeat.

Once those sounds nice and clear, we add the 3rd finger to the 5th string of the chord pattern. And, this chord shape actually sounds good. Because, it’s a dominant-7 chord. Great for playing blues.

Finally, we add the 4th finger to the 4th string of the chord pattern. And, this is your major-barre chord.

Next, we’ll use the same process for converting the open-E chord into a movable shape for the open-A chord. First, the open-A: Let’s move that up the neck and create 12 more barre chords.

The wonderful thing about the guitar is that is has a pattern-based layout. I’m gonna leave with with a few chord shapes that you can add to your barre-chord vocabulary. Simply take them through the process that you’ve now mastered and become a walking chord encyclopedia. Here are a few of the most common shapes.

I hope that you’ve enjoyed this lesson and have more insight into chord playing, barre chords, and the guitar in general. Thank you for checking out this article. I appreciate your readership.