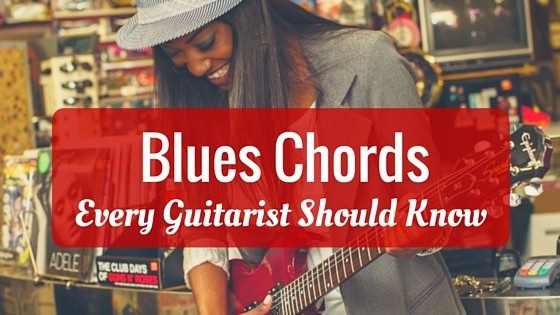 I remember as a teenager watching a rock and roll television special that, for its closing segment, featured B.B. King playing “Sweet Home Chicago” with a lineup of famous rock guitarists.

There must’ve been more than a dozen guitar players on stage and, after B.B. King sang a couple of choruses, each one took his turn at playing a blues solo.

During the setup of the segment, one of the famous rock icons stated the opening quote to this piece.

For a 13-year-old aspiring guitarist, this quote had a tremendous impact that began a lifelong admiration and dedication to this beautiful artform known as the blues. Unfortunately, I can’t remember who said it (Joe Walsh and Joe Perry come to mind but I can’t be sure).

The magic and mystery of the blues has impacted contemporary music in such a way that most, if not all, modern music styles have been influenced in one way or another by its tradition.

From its ambiguous beginnings: WC Handy witnessing a lone guitarist using a pocket knife to slide across the strings of an acoustic guitar at a train station in Tutwiler, Mississippi, to the legendary stories of Robert Johnson selling his soul at the crossroads, the enchantment with blues and it’s influence on rock music, and guitar players especially, has been profound.

5 Things that You Should Know About Blues

The basic form should be looked at as 3 four-bar phrases:

It’s important to note that there are many variations; but, this is a great place to start.

One of the mysteries of the blues is that it marches to its own set of rules.

The blues does not conform to traditional music theory standards. The main reason is that all of the chords in a major blues are dominant and this creates an interesting sense of tension and sound. The chord theory behind this is beyond the scope of this article; however, I encourage you to research this topic further as it will help you to better understand how the blues works.

Below we’re going to examine three different versions of the blues and their related chords: rock, blues and jazz.

The power chords that became popular in rock were born out of the boogie-woogie styles found in blues music. In an effort to imitate the left-hand bass lines and chordal accompaniments that pianists of the style used, blues guitarists began to develop their own versions.

The rocking rhythm style of Chuck Berry is the best example of this and we’ll look at it in the key of A. The I–IV–V chords in A are A–D–E: Let me show you how this sounds: Here is an example: In traditional blues styles, the dominant 7s are the must-know chords. Here we’ll be using the typical dominant 7 chords that we discussed above. In the key of A: A7–D7–E7.

Apply the dominant 7 chords to the blues form:

Next, we’ll look at some popular voicings (chord shapes). Here are the dominant 7 versions of the CAGED chords:

Use the CAGED system to find the A versions of the dominant 7 chords:

The D versions of the dominant 7 chords:

The E versions of the dominant 7 chords:

For the example, we’ll apply three of the most popular blues chord forms: Here's a sample of how this sounds:

In the traditional jazz styles, the dominant 7 chords that are used are stripped-down versions of the blues chords illustrated in the previous section. The most common are the three-note versions often referred to as shell voicings.

The reason for this is that you want to accompany and support the song, singer, and/or soloist. In order to effectively do this, you need to stay out of the way and not play any unnecessary notes. This way the improviser or singer has room to “do their thang”.

In this example, we’ll use the shell voicings using the Freddie Green style of comping (playing rhythm); i.e., shell voicings with a four-to-the-floor rhythm. In fact, the chords that we looked at can be used in any and all styles of music. We only put them under the headings “rock, blues, and jazz” for the sake of studying them.