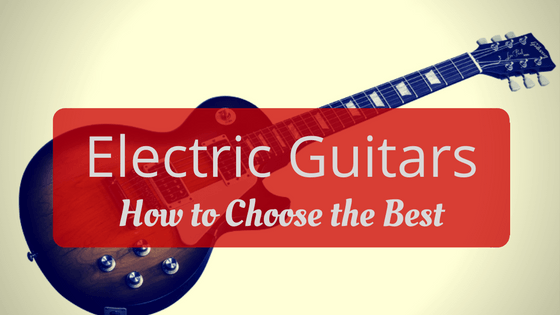 The 12-year old version of me was working for the local butcher. I delivered dead carcasses to the old ladies of the neighborhood, swept sawdust and pig fat off of the floor and cleaned up more chicken grease from the rotisserie station than I care to remember. However, one block east of the butcher shop was the guitar store; and, the motivation to continue with my daily toil.

I would cruise the black delivery bike (complete with wire mesh basket and solid rear tire) past the storefront on a daily basis. The midnight black color and silver strings worked their seductory magic over me as I dreamed of rock stardom. Then, the screeching tires, blaring car horns and smell of dead cow brains would bring me back to reality.

I saved my tips and weekly salary in hopes of choosing a six-string beauty to call my own. All the while studying the liner notes of albums, staring at record store posters and reading guitar magazines as I began to uncover the subtle and mysterious differences between makes and models.

In this article I would like to make your decision-making process a little bit easier while providing you with enough fodder for your next guitar debate.

Classic rock guitars, like the Fender Stratocaster, Telecaster, Broadcaster, or the Gibson Les Paul, are in great demand these days. But don’t let your ego decide which guitar to buy.

Sure it’s nice to have the very best guitar around, but many companies make instruments at reasonable prices. Look into Washburn, Guild or some of the Japanese imports.

There are terrific bargains available on the market today and the internet makes it easy to educate and inform yourself. Also, instrument manufacturing has improved dramatically since my beef-peddling days offering many quality alternatives at affordable prices.

That being said, it’s important to have an understanding of the classic models that have inspired millions.

Les Paul wanted the guitar to have a 20-second sustain (hence the mahogany), and this is the instrument’s most famous characteristic. The combination of solid construction and high output pickups makes it suitable for high-gain with long, distorted sounds—characteristic of the players named above.

Generally brighter than other rock guitars, due the sound produced by the single-coil pickups.

A little fatter than a Strat, but not as rounded in tone as a Les Paul. Used through the right amp/pedal, the bridge pickup can create a rich ‘growling’ sound that no other guitar can imitate. 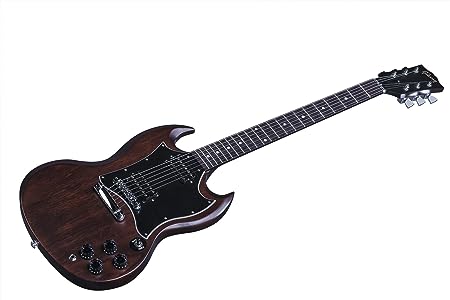 During the 1980s, the US-based company, Jackson, had the bright idea of taking the world’s most popular guitar and turbo-charging it. So they slapped a high-output humbucking pickup in the bridge position and used a locking tremolo unit that allowed for all sorts of whammy-bar antics without feedback, amp hum, and tuning problems.

Although some guitarists play ‘signature’ versions of classic designs, others actually have their own models. Joe Satriani, Steve Vai, Randy Rhoads, Eddie Van Halen and Nuno Bettencourt all have had guitars made for them by manufacturers. If none of these models strike your fancy, then why not make your own.

My first guitar was a Japanese Strat-style guitar with very high action on all kinds of tuning issues. I didn’t know much and had very little guidance when I made that purchase. Two years (and more meat deliveries) later—armed with the proper information and some playing experience—I purchased a 1973 Gibson Les Paul Classic. I still have that guitar today and it’s my go-to instrument no matter what the playing style.

Educate yourself, try different models with different pickup configurations, and talk to other players. The right guitar is out there and it’s your job to find it.